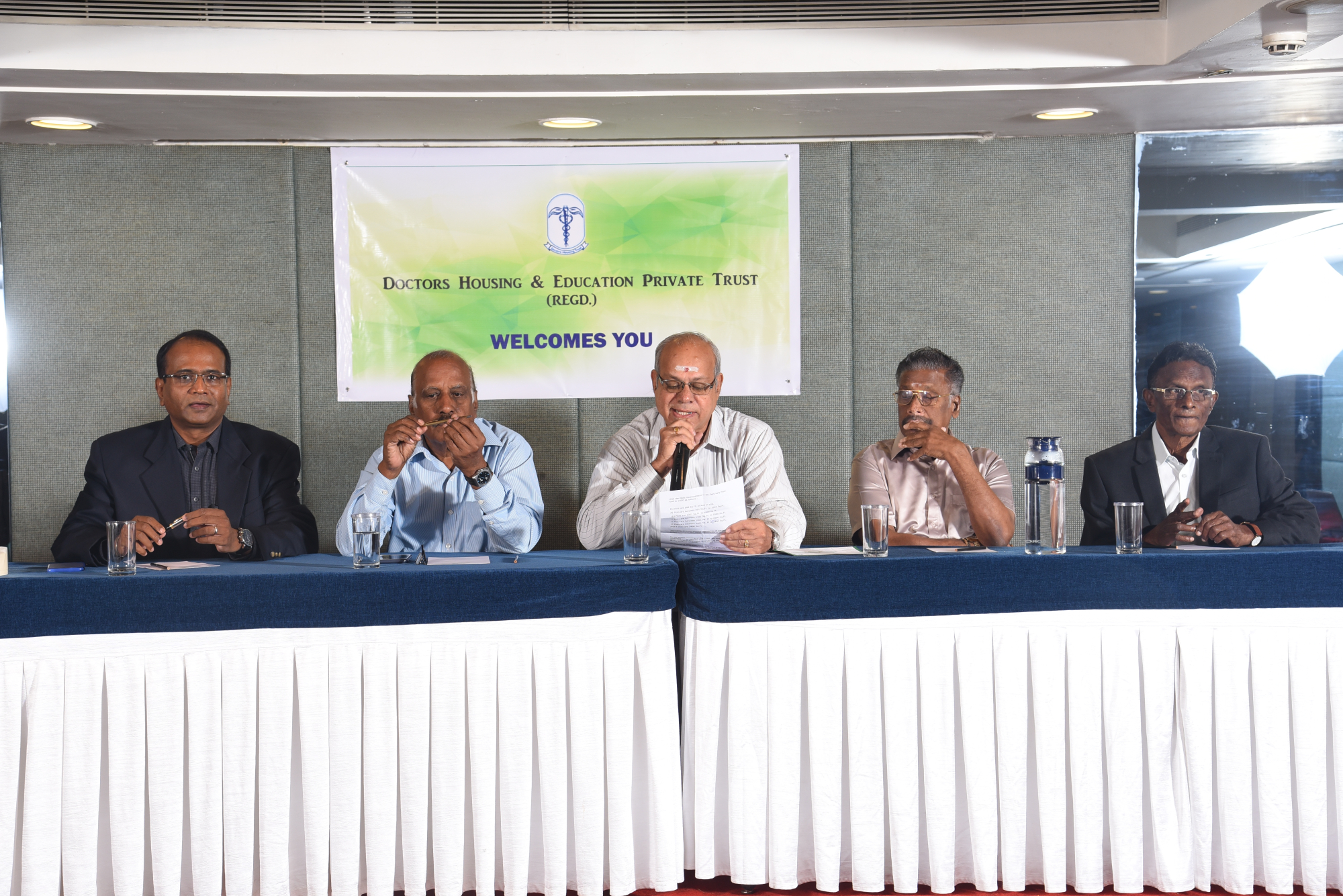 Doctors Housing and Educational Private Trust (DHEPT) is a nonprofit Trust started for the welfare of Doctors and their families by Dr. S. Narayanan, M.B.B.S., D.Ortho., D.I.H. Senior Civil Surgeon (Retd.) and other distinguished medical professionals on the 26th of November 2007, in the district of Chennai. The main aim of the Trust are as follows:

After completing M.B.B.S. in 1970 he underwent Diploma in Orthopedics in 1980 and worked at various institutions and retired from service as Senior Civil Surgeon (Orthopedics) ESI Hospital, Ayanavaram, Chennai – 23. He was the Vice-President in TNGDA, Chennai district for 20 years.

Renowned Chest physician he served in different institutions and retired as Dean from Stanley Medical College and Hospital, Chennai. 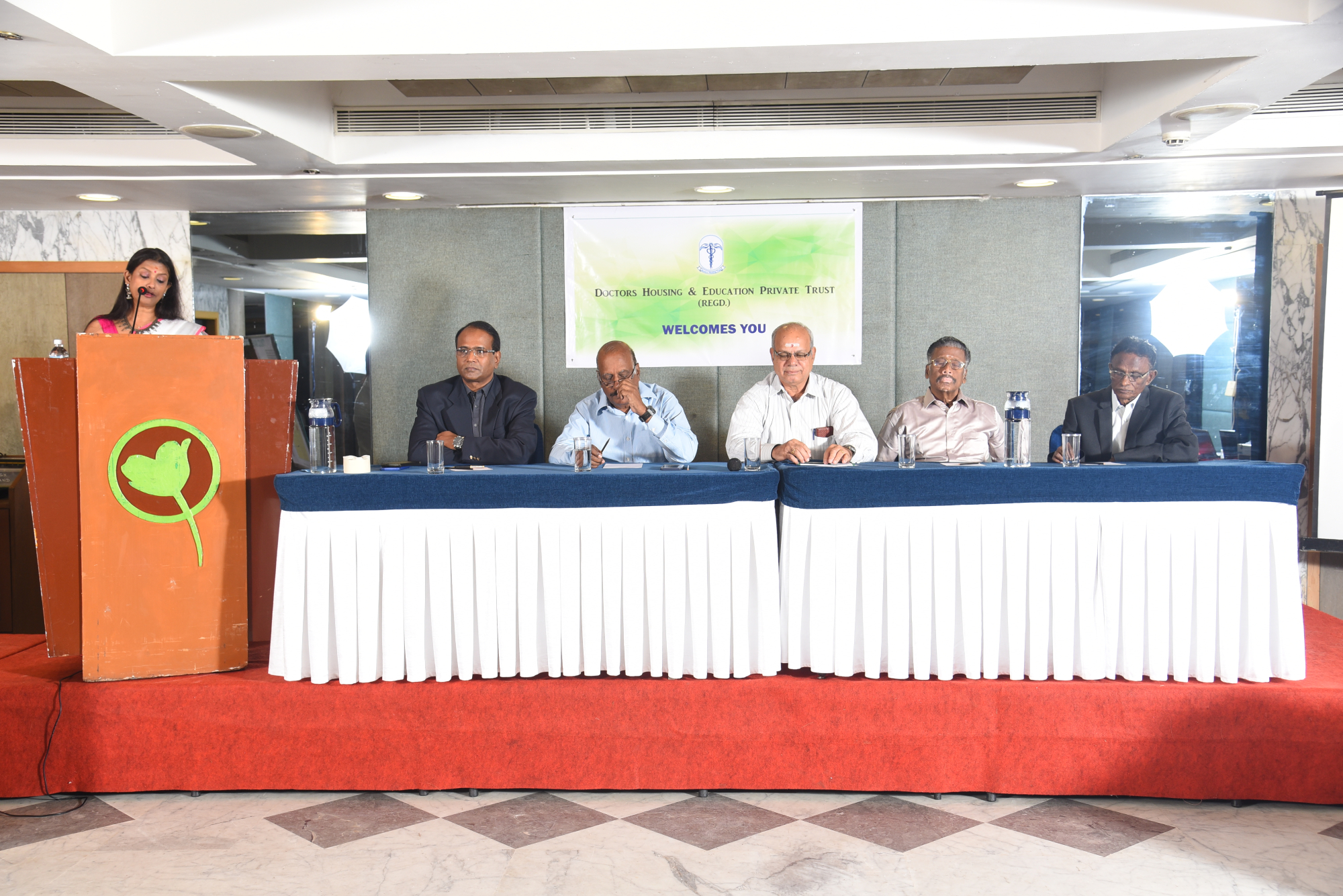 Mr.S.Ganapathy, a post graduate in Chemistry from St.Joseph's College, Trichirapalli. He Joined the Indian Police Service in 1967. After his initial I.P.S training in the National Police Academy, Mount Abu, Rajasthan. He joined the Tamil Nadu cadre in 1967 and served as Asst superintendent of Police in Sivakasi & Tirunelveli. He Joined the Intelligence Bureau, Government of India in 1971 at New Delhi and worked in Delhi, Kohima Nagaland & Bangalore for the next 14 years in various sensitive assignments. He returned to Tamil Nadu Police again in 1984 and worked as,

He retired from Service in 2003 and worked as administrator in Jayendra Saraswathi medical college and hospital with a view to set up a medical college at Sholinganallur. All steps including setting up of the hospital, construction of hostel buildings, recruitment of staffs and liaison with medical council of India and Govt. of Tamil Nadu were attended during 2003-2004. In July 2005 he joined as Vice - President Hyundai Motor India in-charge of general administration. In 2006 he was promoted as senior vice-president in-charge for general administration and Human Resource. From August 2007 he took over as advisor and has also been serving as a trustee of Hyundai Motor India (HMIF), looking after the CSR activities. Upto March 2010 he was an Advisor to Hyundai and Trustee of Hyundai Motor India foundation, a trust formed by Hyundai to discharge its corporate social responsibilities. During his service in the Police Department, Mr.S.Ganapathy underwent extensive training in Scotland Yard, London and Yorkshire Metropolitan Police College, UK. He has travelled widely to several countries like U.S.A, U.K, France, Korea, Greece, Srilanka, Singapore and Malaysia. Mr.S.Ganapathy has been felicitated with several prestigious awards in the department for his contribution which include the following: